Skip to content Skip to main menu
REPAIRING MY CAR > Do I Have a Dead Battery?

As I have stated many times before, I am not a mechanic. I am just a car fanatic. I share some common sense car advice based on my years of experience and knowledge.

In this post I will discuss some telltale reasons why your car’s battery could be shot. There are a lot of symptoms of a battery problem, and I will go over the major ones.

Symptoms of a Dead Car Battery

The first and most obvious sign of a problem is when you turn your car key in the ignition and nothing happens. Another thing that often happens is the car barely turns over or just makes a clicking sound. Another sign is dim headlights. It is just a bad feeling in the gut when you get in the car, put in the key, and nothing happens. My first reaction in the early days of my car career was to panic. Don’t be like me.

What Does a Dead Battery Mean?

The first conclusion we always jump to is that the battery is shot. This isn’t always the case. Other parts of the charging system are often at fault. The first thing to do is get a jump start and then drive to a repair shop or auto parts store to have the battery tested. The last thing you want to do is buy something you don’t need. If you don’t have jumper cables or don’t want to mess around under the hood of your car, this would be a good time to call your roadside assistance provider or to call a tow truck. Tow trucks don’t just move vehicles. They also do things like jump start cars, change tires and even unlock doors if you accidently lock yourself out.

If you feel comfortable looking under the hood, one thing to check is the tension on the car’s drive belt. Drive belts run things like the alternator and the air conditioner. Make sure the belt only has slight give when you push down on it. If the belt is too loose, it will slip and not turn the alternator over enough to keep it charging the battery.

What if the Battery Checks Out Fine?

If the battery checks out fine, it is time to go a little deeper into the car’s charging system. You now need to see if the alternator is providing a charge to the battery. One thing to check is whether the battery cables are badly corroded. This can lead to problems with the charging system. If you’re not sure what the issue it, it’s probably time to take the car to a reputable repair shop.

I can’t say this enough: Don’t buy parts that you don’t need. I went through this myself recently. My car was getting harder and harder to start. It would crank over very slowly. Eventually I turned the key and it just wouldn’t crank over. I didn’t have the time to take on a car repair at that time (and it was just too cold outside to work on my car), so I got a jump start and drove the car to a repair shop. I told them that I felt that either the battery was bad or it was the alternator. I left my car there so they could check it out.

Well, after a few hours the shop called about my car. They had checked the battery and the alternator – both were fine. They found that the real problem was my starter. It was drawing way too much power when it was engaged. Live and learn.

This is an example of when to avoid simply buying parts and throwing them on the car. I mean hey, I could have tried this fix at home and would have replaced parts like a battery or alternator that were just fine. This is why a proper diagnosis is so important.

The easiest and least expensive situation is if you have corroded or loose battery cables. You can wipe off the corrosion and tighten down the battery cable ends. This wouldn’t cost a dime. In terms of cost, the next least expensive fix on your car is just a battery. Batteries can be had for prices ranging from $80 to $200 depending on your car. Replacing an alternator or starter can cost as much as $700. This is why it is so important to isolate the true cause of your problem.

I have covered the basics of a car that won’t start. Remember, don’t just buy parts until you know what is really wrong. There is no shame in having the car towed to a repair shop and having a professional fix it. As a car nut I have often felt that I just knew what was wrong. Time and experience has taught me not to jump to conclusions. Let’s not forget that maybe you just left the dome light on!

One comment on “Do I Have a Dead Battery?” 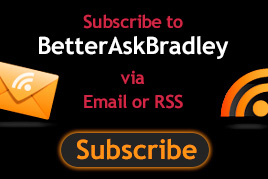 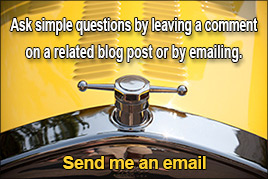